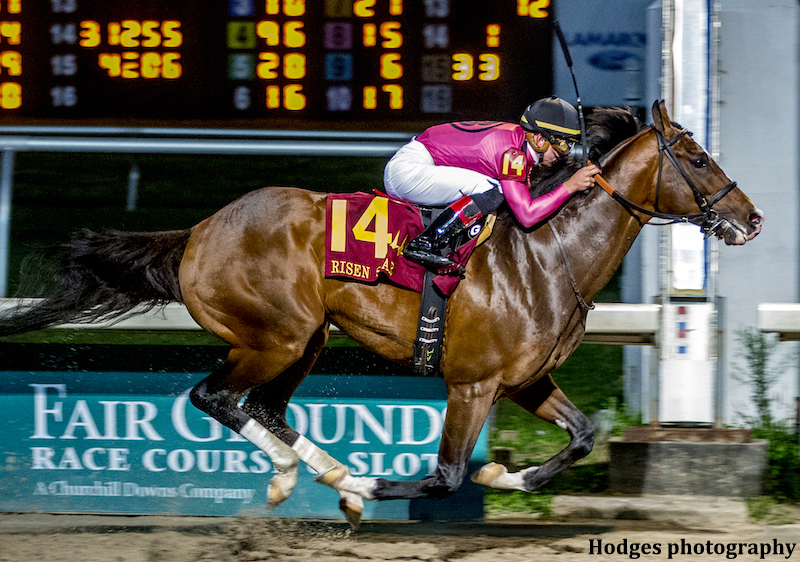 “He trained beautifully all week, and he definitely has progressed from his last breeze,” David Carroll, assistant to trainer Mark Casse, said. “All indications were that he would go exceptionally good today, and we saw that. We couldn’t be any happier. All systems are go at the moment.”

With 60 qualifying points, War of Will has a guaranteed place in the starting gate for the Kentucky Derby Presented by Woodford Reserve (G1) on May 4.

At Fair Grounds this year, War of Will won the Risen Star Presented by Lamarque Ford (G2) and Lecomte (G3). On March 23, he was ninth in the Twinspires.com Louisiana Derby (G2) after losing his footing at the start. He arrived at Keeneland four days later.

On April 13 at Keeneland, War of Will breezed 5 furlongs from the gate in :59, the best of 44 at the distance.

”Each day he seems to be getting better,” Carroll said. “He cooled out beautifully this morning. (Track Superintendent Javier Barajas) put a good seal on the track and it had a really good bottom on it today. He does a tremendous job on the track.”

Carroll said no decision has been made about when War of Will would ship to Churchill Downs.

Mark Casse: From Canada To The Kentucky Derby Training War Of Will

Next post
Mark Casse: From Canada To The Kentucky Derby Training War Of Will