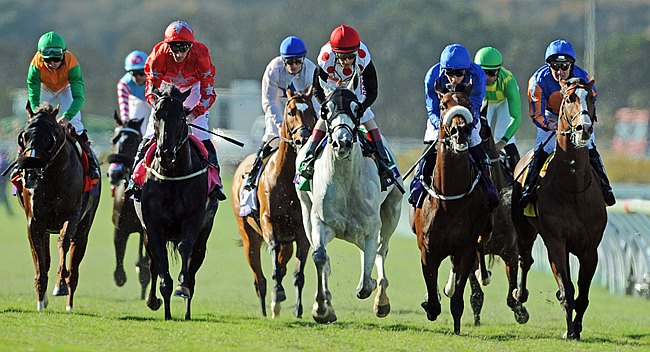 Live Oak Plantation’s World Approval found his sweet spot at a mile on the grass.

It took trainer Mark Casse a while—21 starts, to be exact—to get the Northern Afleet gelding at a mile on grass, but that move has put the gray into another stratosphere.

With a 1 1/4-length score in the Breeders’ Cup Mile (G1T) Nov. 4, ahead of runner-up Lancaster Bomber, World Approval now has three straight top-level wins at the distance. His previous two wins were in the Aug. 12 Fourstardave Handicap (G1T) and the Sept. 16 Ricoh Woodbine Mile Stakes (G1T).

World Approval finished off the mile in 1:34.55 at Del Mar after a stalking trip in fifth early in the 14-horse field. Under jockey John Velazquez, World Approval got into attacking position, was unimpeded three-wide entering the stretch, and went to work. Heart to Heart, who raced just off early leader Midnight Storm  through swift fractions of :22.30, :45.65, and 1:10.04 for six furlongs, held a one-length advantage with a furlong to go, but tired in the final furlong to finish 10th.

“I talked to (owner Charlotte Weber in 2016) and said, ‘I don’t think he can beat the best horses in the world going a mile and a half, but he might be able to beat them going a mile,'” Casse said of World Approval. “So everything we did was to get him ready for this, starting last year.”

“I think I would say they’re all late bloomers,” Weber said of the offspring from the pensioned 25-year-old mare. “And you have to have a lot of patience with them. But if you do, then you get the results. So I just wish the mare … wasn’t quite as old as she is.”

Blackjackcat, who came into the Mile riding a four-race win streak at the distance—including the Wickerr Stakes and Del Mar Mile Handicap (G2T) at Del Mar—came in third and was followed by Suedois, Ribchester, Zelzal, Karar, Om, Ballagh Rocks, Heart to Heart, Roly Poly, Midnight Storm, Mr. Roary, and Home of The Brave, to complete the order of finish.

Off at 5-2, World Approval was one of the only favorites to win on the Breeders’ Cup Saturday card, an aspect Casse was more than aware of ahead of the Mile.

“I was aware of it. … (Assistant trainer) Norman (Casse) and I were talking before we came over, and I said, ‘Sooner or later a favorite has to win, so let’s hope it’s this time.'”

“As long as they’re happy and healthy, you’ll see them again next year,” Casse said of World Approval, along with Live Oak stablemates Holding Gold and Awesome Slew.

Norman Casse Prepares to Walk His Own Path