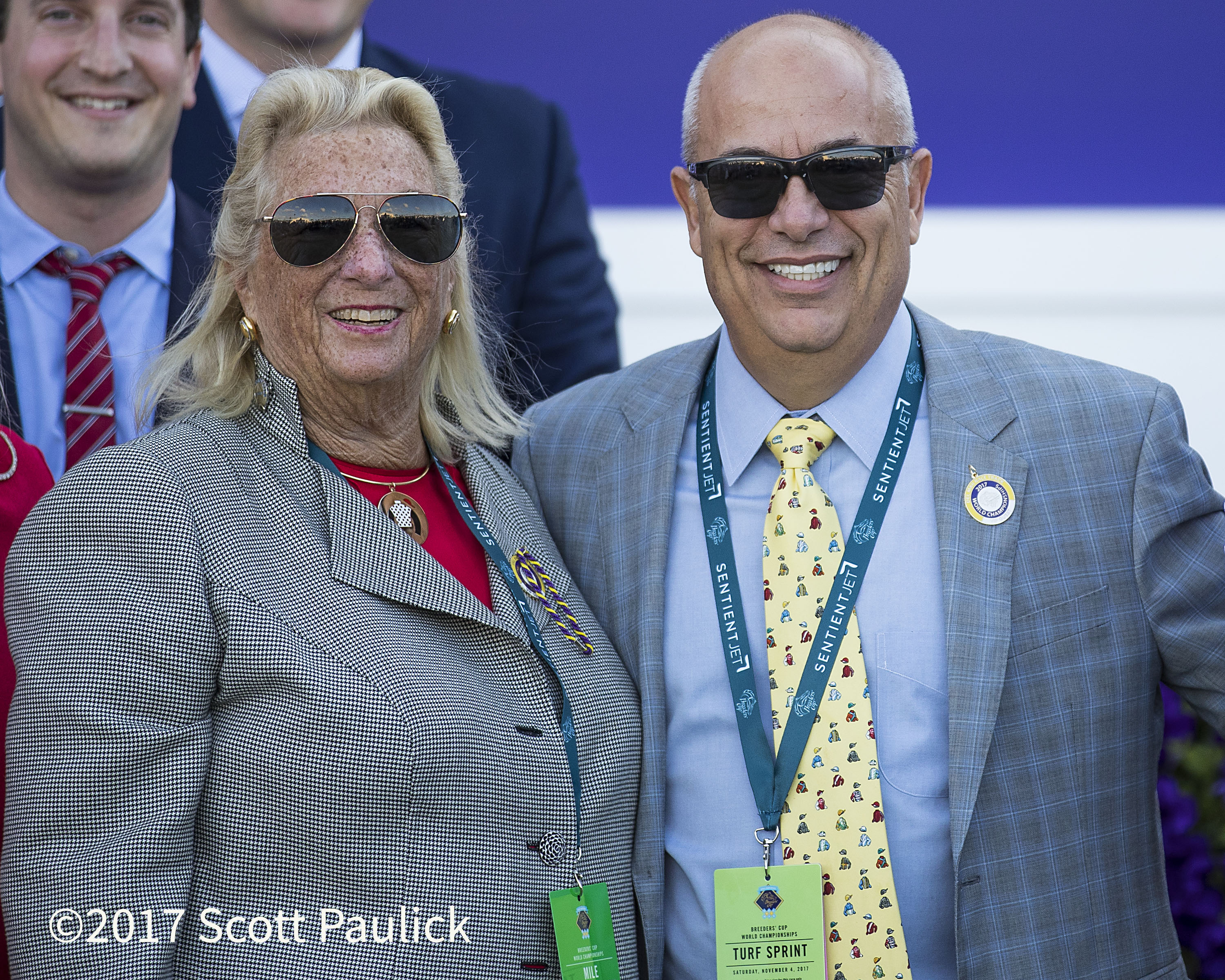 Mark Casse, Woodbine’s leading trainer for more than a decade, has put together another chart-topping campaign at the 2017 Thoroughbred meet and has just over one week left to seal the deal.

Casse heads into this weekend’s stakes action atop the trainer standings in all categories at Woodbine, leading for stakes (17), overall wins (92), and earnings ($6.59 million). The veteran trainer will be looking to wrap up his 11th straight training title at the Toronto track (12th overall), but it’s not a done deal yet as that race will go right down to the wire (December 10) with Norm McKnight just three wins away.

“We’ve been so fortunate in Canada and, without a doubt, number one is David Adams, who has been my longtime assistant and who oversees the day to day. I can’t say enough great things about David Adams. And I’m proud of our team,” said Casse, noting that most of his staff, including assistants Kathryn Sullivan, Paul Lehman, grooms, and exercises riders, have been with his stable for 15 to 20 years. “It’s a team effort. They’ve done another wonderful job this year. I’m just kind of like the head coach. I give them direction, but it’s up to them to get it done and again they’ve done great. I’m very proud of the year we’ve had and hopefully it continues.”

An obvious highlight of the meet for Casse was winning the Ricoh Woodbine Mile (Grade 1) for the second year in a row courtesy of World Approval, who also went on to win the Breeders’ Cup Mile (Grade 1) at Del Mar. Casse also noted the accomplishments of three rising starlets in his stable.

“We’ve been able to develop three young fillies that I think could be superstars,” he said. “And that’s Wonder Gadot, Win the War and we have a filly called Road to Victory, who broke her maiden at Woodbine and won a Grade 2 at Churchill in her last start. So I’m very proud of that.

The Casse stable has a pair of Ontario-bred juvenile fillies entered in Sunday’s $125,000 Ontario Lassie Stakes, including Gary Barber and Windways Farm’s Safe to Say. The Justin Phillip-Dicey Girl filly won a six-furlong allowance race on August 7 to break her maiden and has a pair of other top three finishes on her five-race record.

“I think she’s a filly that is has gotten better the farther she runs,” said Casse. “I think that she’ll continue to improve as she gets older. Right now I think she’s a nice filly and we’re hoping she develops into an even better filly. We’ve seen some improvement in her so we’re just hoping that she moves forward.”

Safe to Say will be making her second start at 1-1/16 miles in the Ontario Lassie following a third-place finish in the Princess Elizabeth on October 29.

“I thought she had a little trouble in the race – could have even been closer – but I thought it was good, not great. She definitely needs to step up her game a little.”

Conrad Farms’ Loopety Loo enters the Ontario Lassie off a 2-1/2 month layoff due to sickness. The Afleet Alex-Roving Angel filly was the Muskoka Stakes runner-up this summer and is in search of her first career win with just three starts under her belt.

“She’s got a lot of talent,” said Casse. “I wish we could have gotten another race into her before this, but we haven’t been able to so we’re going to run. I think she’ll run well. She probably is going to be a better three-year-old than she was two-year-old.”

The Casse fillies will face 2-5 morning line favourite Dixie Moon, who will make her first start since competing in the Breeders’ Cup Juvenile Fillies Turf (Grade 1) for trainer Catherine Day Phillips and owners Sean & Dorothy Fitzhenry. The Curlin-Dixie Chicken filly, who finished sixth at Del Mar, will be looking for a second Woodbine stakes win to go with her Cup and Saucer title that she earned on October 8. Prior to that victory, she was runner-up in the Natalma (Grade 1).

South Ocean Stakes runner-up Gosudarina, conditioned by Robert Tiller, is among the contenders along with the Michael Maker-trainee Queen’s Fate, who enters the Ontario Lassie off a maiden-breaking victory over 1-1/16 miles on the grass at Keeneland. The field also includes the McKnight-trained supplement Fairy Hill, a recent $25,000 claim by Bruno Schickedanz who won last time out on November 19 over seven furlongs on the Woodbine main. Beaten a neck and a head in her first two starts, Lunar Garden will be looking to break through for the upset win for trainer Stuart Simon.

“He’s got a huge pedigree. He’s a beautiful horse. He’s the kind of horse that we try to buy because if they’re successful, they’re stallion prospects so that’s what we’re always looking for,” said Casse of the Pioneerof the Nile-Pontiana colt, who was purchased for $625,000 at the Keeneland sale. “We’re always looking for the next Classic Empire. He’s a horse that’s taken a while to come along. I thought his first race was very professional. It’s not an easy race; the Display has come up very tough this year. He’s going to have to step up his game to be competitive, but you know what, he needs to run and this looks like a nice place.”

While Casse would have liked to have seen the two-year-old colt run back in a two-turn allowance race after winning his November 11 career debut at six furlongs, he will be looking to make the most out of the opportunity in front of him.

“A lot of times when you run horses, it’s not perfect. You have to look at the cards you’ve been dealt and then you have to play them. And that would be the case here where preferably I would have loved to run him back in an allowance, but there isn’t one available. And I would like to get another race into him before the end of the year so that’s why we’re running there.”