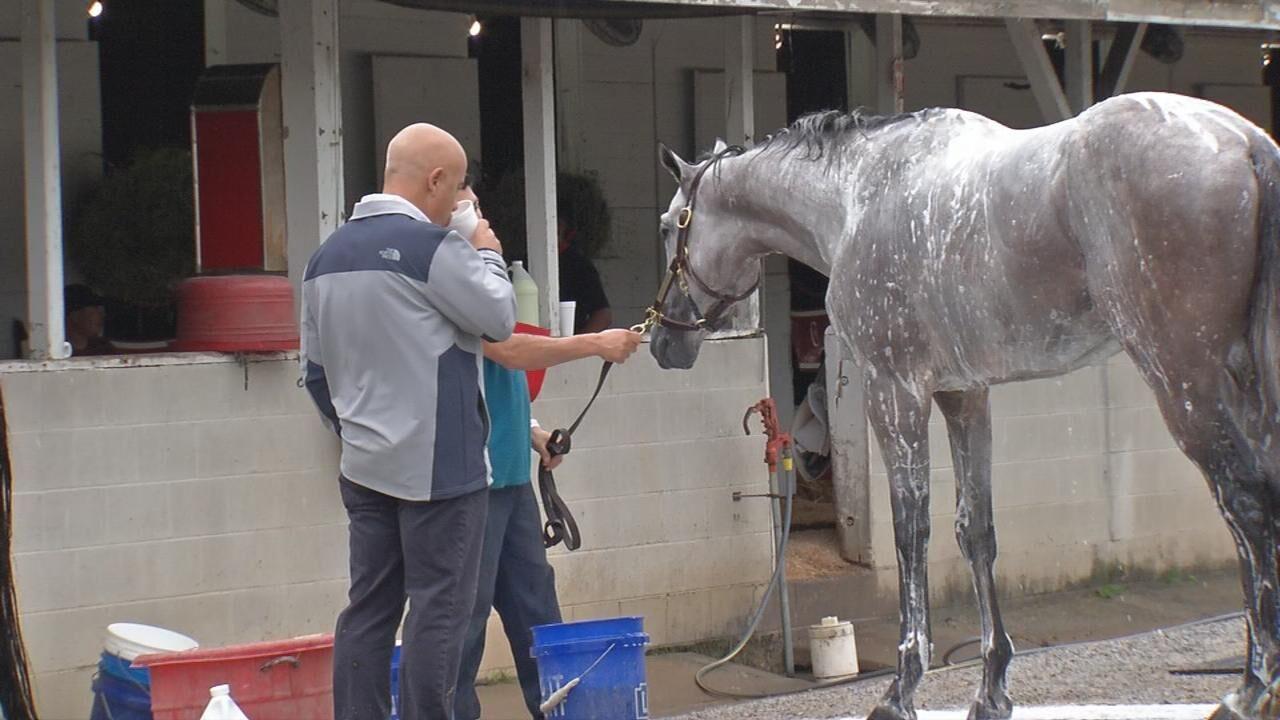 LOUISVILLE, Ky. (WDRB) — Trainer Mark Casse has saddled eight Kentucky Derby starters but has yet to hit the Winner’s Circle. He came close in 2017 with Classic Empire, which finished fourth.

“Many times, when I’ve done these interviews, I’ve said, ‘He’s going to have the run the race of his life and have the perfect trip,'” Casse said Thursday after arriving at the Churchill Downs backside. “That’s not the case with these two. I think they both have a lot of ability, and I don’t think we’ve seen it yet. Just hope it comes out on Saturday.”

Casse said Helium showed some of his ability in winning at Tampa Bay after a rough start.

For Soup and Sandwich, maturity has been key in his development.

“I’m very pleased with Soup and Sandwich,” Casse said. “He’s been a bit of a teenager and doesn’t pay attention. We had to sit there and wait like 10 minutes to get on to the track and a few horses got upset, and he just stood there. So he’s come a long way.”

Barn Tour: Check out the latest on Mark Casse’s stars